Arsenal are interested in signing Wolves forward Diogo Jota in the summer, according to Mail Online, although the wide star could detrimentally impact Bukayo Saka’s development.

The Portuguese attacker has caught the eye for Wolves this season, scoring 15 times and assisting on six occasions in all competitions this seasons, for Nuno Espirito Santo’s side that currently sit sixth in the Premier League.

Jota has shown himself to be a versatile attacker this season too, primarily playing wide left but also occupying a central role as part of a two-prong attack alongside Wolves’ main front-man
Raul Jimenez.

While Jota could represent a smart acquisition for Arsenal, with Mail Online reporting that the club are considering wide attackers ahead of next season, the signing of the 23-year old could hamper Saka’s development.

Despite having played the majority of the season at left-back in the absence of both Kieran Tierney and Sead Kolasinac, Saka is naturally suited to
playing in an offensive position, and added competition could limit his game time.

At just 18-years old, the young forward needs to receive as much game time as possible to continue soaking up experience that will help improve his game.

Saka already faces plenty of competition for a starting berth, with Nicolas Pepe, Pierre-Emerick Aubameyang, Gabriel Martinelli and Reiss Nelson all jostling to start out wide for the Gunners at
the moment.

When Tierney returns to fitness and Saka is no longer needed in defence, he may face a tough task at getting back into Mikel Arteta’s immediate plans, and the addition of Jota will only move him further down the pecking order.

While Jota could be a smart signing for Arsenal, with the young winger known for his pace, ball carrying ability and vision to beat defenders, the Gunners must consider whether it would be better to remain faithful and stick by their
current young stars, or whether they should commit funds to replace them. 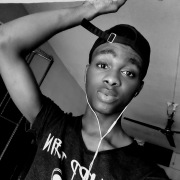 A Student, Web designer and a sports analyst so obsessed with the game.A die hard Arsenal fan, feel free to reach out to me on social media.

Here’s what could happen if the football season is cancelled